On Wednesday, the cashier lady in Michael’s told me that the anxiety level of parents coming into her store were at or above those at Christmastime. She told me this as I stood there with my pile of glitter glue, fabric paint, and a slew of other seemingly random items. I think I must have dropped them on her counter with a stressed look on my face. Sure, I had a bunch of craft supplies but what I also had was not a clue what I was going to do with them. Even though my lips didn’t make a sound, my pleading eyes must have been saying, “Help me!”

I ended up putting all the items back and leaving the store. I was at square one, for the second time this week. It’s my own fault really. I knew that Olivia’s school project was coming at the beginning of the month and here I was at the end of the month scrambling to put something together for her costume. In the kindergarten/first-grade class each child researched an endangered animal, the project culminates with the kids dressing up in costume like their animal.

When she chose the Mission Blue Butterfly (which I now know all about, by the way), I was stoked. How can you go wrong with a butterfly, right? I thought to myself, “Sweet! I will just buy some butterfly wings online and we are all set!” I wanted to thank her for picking such an easy endangered creature.

I quickly got on Amazon and ordered up some blue butterfly wings and antennae. The only problem was that when they arrived on Monday, they were so tiny that maybe only an infant (or a dog?) could wear them. And since I had envisioned large grand butterfly wings, I was devastated. “These will not do,” I thought. Nevermind the fact that Olivia actually liked them and ironically the Mission Blue Butterfly is a tiny, tiny butterfly (about the size of a quarter). But noooo…..

Tuesday I did what any overachieving, recently employed, mom of four children, and woman with absolutely no time to make costumes would do, I got on the Internet for DIY butterfly wing instruction. Trust me, this was only after I re-checked Amazon for larger butterfly wings that would make it by Friday.

After reviewing some instruction, I began bending and molding wire hangers into shapes resembling butterfly wings.  Seems simple enough, yes? But I cannot tell you how hard it was for my weak-willed, flappy arms, to bend those darn wire hangers. Not to mention that this brilliant woman (yep, that’s me) got fake nails put on a week and a half ago and it has literally crippled my ability to do anything. I cannot tell you how many typos were in this blog before editing it. I cannot spell. I cannot text. I can barely change Harper’s diaper. And I think I have poked every one of my family members in the eye, including myself. It’s so funny, it’s comical.

Now that I had the wings shaped and no feeling in my thumb and forefinger, Tuesday night, after dance practice, I bought tights from Target and stayed up way too late trying to cut and cover the wires with the nylons. Sounds easy right? Except, I couldn’t for the life of me get the wire to bend back out after covering them and what I had was smushed wings that just did not look anything like a butterfly. Thanks Etsy Mom! Nailed it!

On Wednesday, after my Michael’s episode, I ended up trying one more time with 14-gauge wire from Osh and cheaper nylons from the Goodwill. Failed again!

I am not sure why this project that looked so simple on You Tube didn’t work for me but it just didn’t. So I decided to do what any reasonable mother would do…kiddo is just going to have to wear the tiny wings from Amazon (that thankfully I hadn’t sent back yet). And as soon as I made that decision, my life was simple again. I could breathe better, I had acceptance around my shortcomings, and there was peace.

Sure, I had a fair amount of guilt that my kid isn’t going to be the one with the most impressive costume. I won’t have spent hours by candlelight with my sewing machine going (Yes, I own one and it lives in my garage). I am still baffled by how my own mother ever had the time with three children to hand make costumes, clothing, and sweaters for us kids.

But you know what? My kid will never know that I don’t think her sweet little blue wings and black antennae, that I bought on Amazon, are the best things ever or even that they ultimately brought me so much peace. She won’t know because she is so excited about what she has been learning and so eager to see her friends dressed up that she just doesn’t care.

Olivia’s teacher says that these are the 90 days of May. It is one long, busy, stressful month as teachers and students prepare for the ending of the school year. At Rocky’s preschool one of her teacher’s commented that parents are dropping off their kids earlier and by that she can tell the end of the year is here.

What I know is that at times May has made me feel like my head is going explode. Between work (which I love but can’t wait for May to be over so I can dedicate more time to it), school, Georgia’s VIP day* at school (*read..bake and bring snack), Rocky’s end of year potluck, our big dance recital, and all of the regular life stuff, it’s amazing to me that I am still standing.

After months of taking an adult hip-hop dance class, which I have never done before, I will be performing with my children at the Marin Civic Center on Sunday. I am excited, nervous, and proud that I actually have learned how to dance (kind of???).

So if you feel like you haven’t heard from me in awhile, this is why, and I want you to know that I’m still here. I blog every day (in my head mostly) and I can’t wait for the 90 days of May to come to an end so I can sit back, relax, and enjoy what is sure to be the 90 days of June. 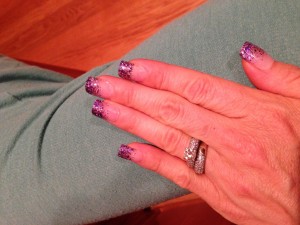